The process of friction stir welding is a relatively new way to join metal components together. It is a metal joining method that has applications in industrial fabrications and manufacturing such as aerospace, automotive manufacturing, and industrial engineering, anywhere that metal components need welds that meet the most demanding specifications.

Designers have long prized aluminum alloys for lightweight and strength but traditional methods to weld it consumed elaborate gas hoods and weld fillers. Friction stir welding is a useful, non-melting mechanical process for applications in non-heat-treatable alloys such as extruded aluminum and where the materials need strength without follow-up heat treatment processes.

NASA used it to construct space shuttle fuel tanks and more recently to join components for the Orion spacecraft. Similarly, SpaceX is using the technique to join large components of its space launch vehicles together. SpaceX is sharing its version of the technology with its sister company Tesla Motors. 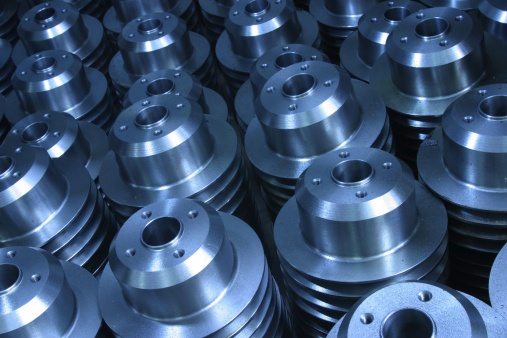 Vehicle designers have begun to adopt aluminum as a radical weight-reduction measure, to comply with tightening Federal fuel standards. As more car models such as the Tesla Model S include substantial proportions of aluminum components, manufacturers have found roles to form and repair automotive body parts using this cost-effective welding method.

A Natural Ally For Tube Hydroforming

This versatile metal joining method is finding utility as a joining technique for aluminum, but it can also weld many other materials such as copper brass and steel. Car and Driver called it a miracle process, one that can weld together dissimilar material such as aluminum and steel, cost-effectively and without extensive preparations.

Friction stir welding is an excellent complement to other metal forming methods such as hydroforming, to manufacture or repair a broad range of components in complex shapes destined for demanding engineering applications. Contact American Hydroformers, Inc. for information about friction stir welding or any of the other processes that we can deliver for your manufacturing requirements.